Lupin the 3rd has been officially released. 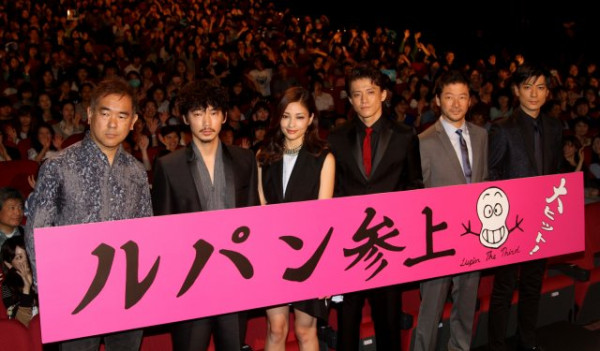 The movie was officially released in 307 theaters across Japan  ^_____^

The event took place in front of an audience of 4000 people at the TOHO Cinema in Tokyo.

On stage Oguri/Lupin said he wanted to “steal first place in the ranking of the Box Office this weekend”.

Director Kitamura stated that there is the possibility of one or two sequels, if this first film will have a good success (such as the series The Avengers), and that this first movie is thought of as a prologue and that he would like to also think about a spin-off about Zenigata.

The film will be released in 23 countries overseas.

You can see more photos  here, here, and here.